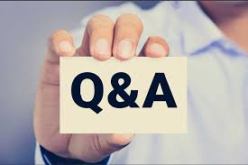 Can I receive Workers’ Compensation and STD?

No. Most, if not all,  STD Plans do not pay STD in addition to injuries covered by Workers’ Compensation. It’s an either or scenario. In fact, private disability insurers love to hand-off injuries to WC even when “sickness” is not a workplace injury. Check your Plan documents, but STD is non-payable when employees file for WC.

Does Unum have ethics and code of conduct rules?

Yes, but “ethics”, “code of conduct” and Unum shouldn’t be in the same sentence. Unum has been scamming insureds and claimants as far back as I can remember and probably earlier than that. The company continues to prove, via its claims practices, that ethics and codes of conduct are left at the front door as employees go to work.

One criticism I have always had is that Unum’s claims handlers boast insurance credentials issued by insurance organizations who require holders to obey their own codes of conduct. The AHIP, “American Health Insurance Plans” and LOMA, the nation’s top trade organization, both have codes of conduct that Unum’s claims reps couldn’t possibly uphold given the company’s directives and policies. Those who cannot abide by AHIP’s code of ethics should not have credentials, or the opportunity to use them.

This is an issue that was brought to the attention of executives at AHIP and LOMA at the time of the Multi-State Settlement Agreement by a very prestigious New York attorney by the name of Gene Anderson of Anderson, Kill and Oleck. Attorney Anderson shared with me that the CEOs appeared angry that the issue was ever brought up and immediately swept it under the table, refusing to address it.

However, Unum’s claims reps with alphabet soup after their names can’t possibly abide by the organizations’ code of ethics. And, neither can Unum as a company either.

What is the difference between an “integrated” and “non-integrated” Plan or policy?

An “integrated” Plan contains provisions for benefit reductions routinely called “offsets.” “Non-Integrated” Plans have no provisions for offsets. Although employers were once given the chance to pay increased premium to provide employees with Plans with no offset provisions, that is not the case today.

Non-integrated Employer Plans have been replaced with newer versions of Group coverage that always provides for offsets. In other words, Plans are “integrated” these days and always contain provisions for offsets.

One could also say that IDI policies are non-integrated since they rarely contain provisions for offsets.

Can Unum request my medical records when I have an attorney for SSDI?

Of course it can. Insurance companies have the right to “investigate claims” and request medical records any time they want to. However, Unum is NOT entitled to any information in the possession of your SSDI attorney or what is in your SSDI file, unless you give them permission to get it. Any information you’ve provided to your attorney to apply for benefits is “privileged” and Unum is not entitled to it.

This is in contrast to third-party SSDI chasers such as Genex, Lucens, Allsup, and Advocator Group that share information with the insurance companies hiring them. I have never recommended that anyone use third-party organizations for assistance with SSDI applications. To do so sets up a conflict of interest you may not appreciate later.

Unum uses its employees, or should I say, forces employees, to participate in community activities so that the company can boast and market its involvement with “community betterment.” In Portland, ME, for example, managers look more favorably on employees who work 1 morning a month at the local “soup kitchen” preparing meals. During the holidays, Unum also stresses “secret Santa” programs.

I have no objection to corporations working to better their communities. What I do not like is the way Unum managers expect employees to work at the soup kitchens and then slam those who don’t with continued performance issues. The attitude is, “You must work to better this company’s reputation, or we’ll make you wish you had.” Unum always has gotten a great deal of mileage from forced community involvement.

As a result, retailers in Portland keep their Malls and stores open after hours when Unum yearly bonuses are given out. I guess there are advantages after all to forcing employees to work in the community.