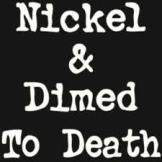 For years now Unum has been “making the market” on its own common stock by buying up Treasury shares in order to increase the market price of common shares. For those of you who are unaware, buying up Treasury shares (corporation’s own stock) reduces the number of shares outstanding and therefore increases the market price per share. Conversely, flooding the market with additional shares, increases the number of shares outstanding and reduces the price of the stock.

Corporations have the ability to what is called “make the market” on its own stock by buying/selling its own shares , or authorizing stock splits to put more shares outstanding on the market.

Historically, increases in market prices of common stock occur due to company growth, increased profitability, public confidence etc. However, Unum has not been so lucky as to experience natural corporate growth through good leadership, company management and increased sales. Hence, the buying up of its own Treasury Stock to artificially inflate the price of its own market shares has been periodically necessary in order to keep the stock price inflated to suggest profitable returns.

For about two years now Unum focused on SSDI calculations, recalculations, and more recalculations to either increase its cash flow, add additionally to profit, or improve its horrible error rate when it comes to overpayments and collecting what’s due. As someone recently said, “Unum can’t be THAT bad in calculating its own overpayments and offsets!” While Unum CAN be that bad, its paranoia seems to revolve around a fear that claimants aren’t notifying the company of increases in benefits due to earnings.

Social Security does re-average benefits for recipients’ earnings over the last 10-15 years periodically, and occasionally claimants will receive letters increasing benefits “due to increased earnings.” That doesn’t mean claimants are currently working; it means SSA is doing its own thing to go back and re-average just the way Unum is now doing. It also doesn’t mean Unum is looking to offset COLA. The company is well-aware that COLA increases are not offsets.

This constant recalculating adds to Unum’s long list of nuisance harassments involving constant requests for information. And I suspect, it is now going to be never ending.

My final point about this particular issue is that Unum comes across as a cash flow deficient entity chasing down nickels and dimes of increased benefits due to earnings and appears worse off than at any other time.

Most of the Unum overpayments found have not been significant and quite a few have been forgiven presumably due to the passing of state statutes of limitation. What’s obvious is that Unum’s management is spending real dollars chasing nickels and dimes.

To presume claimants are unaware of Unum’s financial condition is arrogant on the company’s part. Nevertheless, Unum’s requests for SSDI information are harassing, repetitive and likely to be ongoing.